What Is Cryptocurrency Coin Burning? 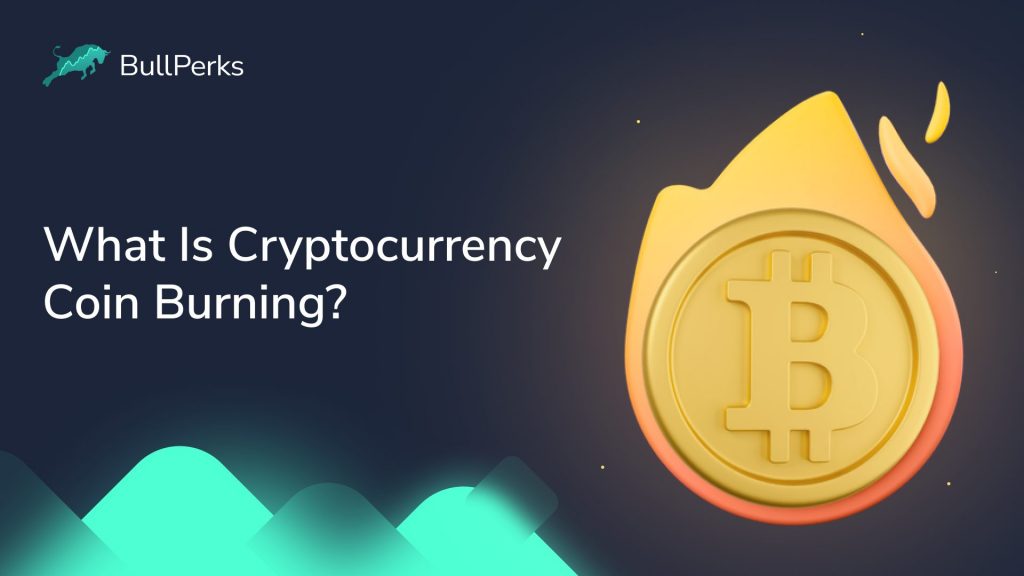 Crypto communities use coin burning processes to destroy units of particular tokens. Burning crypto tokens is the mechanism that takes this number of tokens out of usage and circulates them. The total amount of token is reduced because of burning and sometimes it can increase token demand.

Burning cryptocurrency involves permanently destroying a coin or token – but why do so?

There are many revolutionary features of cryptocurrency, but perhaps one of the most appealing aspects is the control it restores to its user in the form of token burning. The advent of blockchain technology has allowed users to have absolute ownership over their assets, which is seen in a range of areas. For example, cryptocurrency doesn’t require a bank or financial institution to send and receive funds. A third party does not limit these transactions – and even token supply is a space where users are empowered with more autonomy than traditional money. While it is well known that many crypto tokens have a limited supply (ensuring users can determine value), it is less known that users also have the power to destroy tokens. But what is the value of destroying crypto tokens?

Here, we will talk about the practice and theories behind token burning and discuss the various applications where it fits within the crypto ecosystem.

The process of burning crypto (also known as token burning or a coin burn) involves the removal of tokens from circulation, which, in turn, reduces the number of coins in use. The burnt crypto is sent to a wallet address that no one can use for transactions other than receiving coins. This wallet is outside any network, so the tokens are not accessible. 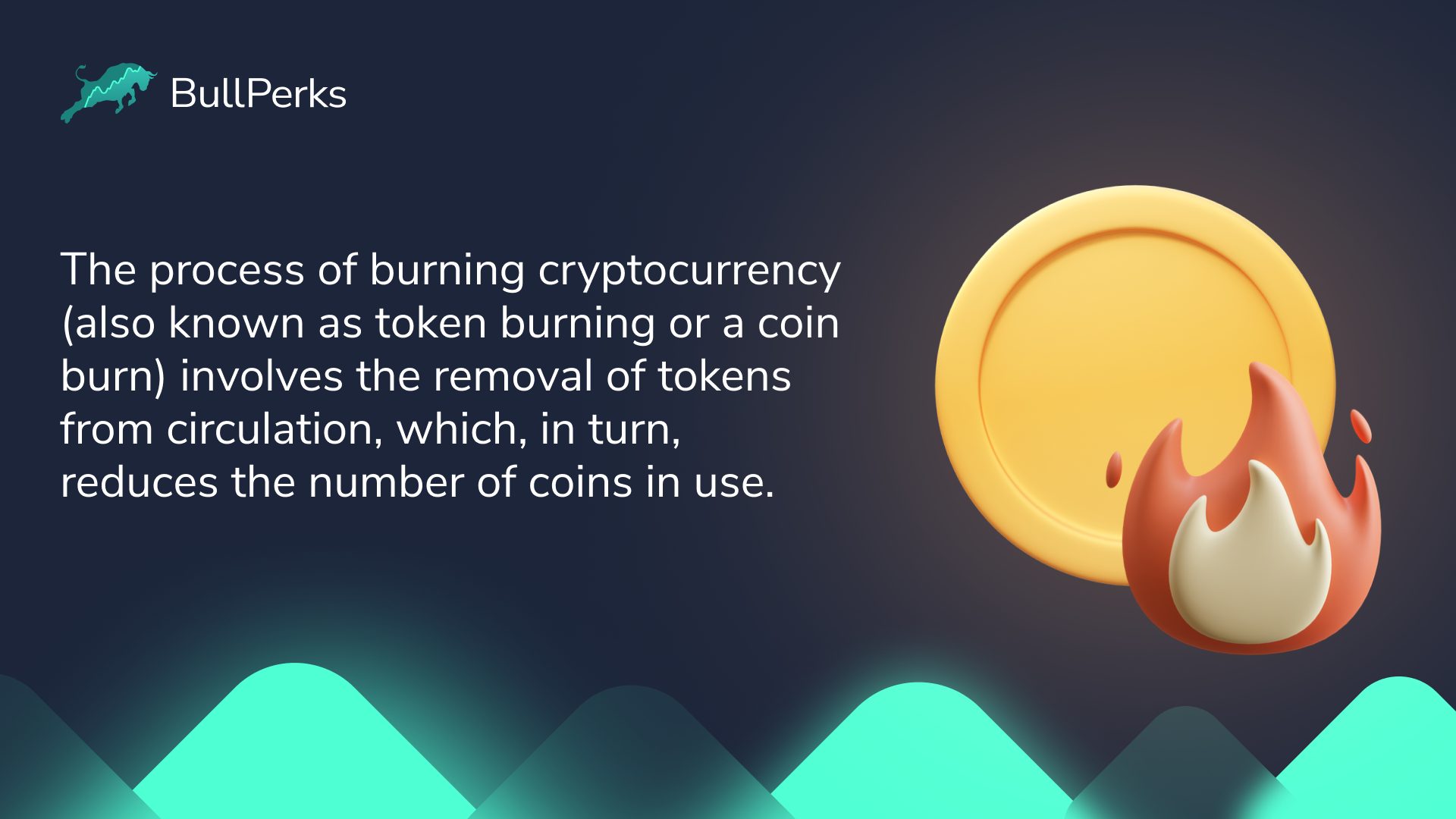 Who can burn tokens and why?

Token burning is a tool that can be used by anyone who owns private keys for a given cryptocurrency. The reasons for wanting to burn tokens vary, though, as burning tokens could easily mean throwing away money if not used for the proper practical application.

One of the main reasons that cryptocurrency utilizes the token burn is that it allows a project to raise the value of its token after beginning with a large amount of very cheap coins. Another use for token burning is that if a currency has a high inflation rate, burning tokens can curb the increase. And a third reason is that it’s a way for participants to add new blocks of transactions to a blockchain with proof-of-burn cryptos.

A coin burn usually acts as a deflationary mechanism, so most projects will use a smart contract to stabilize asset value and incentivize investors and traders to hold their coins. The underlying importance of token burning is an empowerment tool for both users and projects who are enabled to dictate supply giving strength to a more authentic form of ownership.

How Can Coin Burning Increase the Coins Value?

The essential idea behind coin burning has been used by financial institutions way before the modern days of cryptocurrency. Publicly traded companies would buy back stocks to reduce the number of shares in circulation at a given time. By doing this, the company increased the value of the shares while simultaneously increasing the company’s financial performance.

The motivation is to achieve similar results with tokens. By reducing the number of tokens in supply, the entities initiating the burning hope to make the coins more valuable and less attainable, thus, increasing the worth of their holdings. As such, cryptocurrency developers will intentionally burn their cryptocurrency to accomplish these results.

For example, in late 2018, Justin Sun, founder of the TRON project, announced a successful burning of ERC-20 TRX tokens, equivalent to $800 million. This burning of TRON coins helped increase the cryptocurrency rate and added value to the tokens, as coin burning can often lead to a strong buyer reaction. Currently, there are around 92 billion TRX tokens in circulation, meaning since the project’s launch, the number has decreased by over 7.5 billion. Sun later mentioned how burning TRON tokens helped restrain inflation and increase value for the token holders.

Ripple (XRP) showcased a successful coin-burning strategy, but this is a little more specific. The project concept is wrapped around a cap, and according to the founders, this cap will help avoid inflation. Ripple developed a unique mechanism to achieve this stabilization; with each transaction, 0.0001 XRP is burned to execute the strategy.

Token burning became popular in the cryptocurrency industry in 2017 and 2018 when multiple notable coins burned their tokens to cut supplies and boost prices. In recent years, token burning has become a common strategy with newer crypto projects that start with massive token supplies.

Below are some of the most famous digital asset tokens burnings and the circumstances surrounding the event: 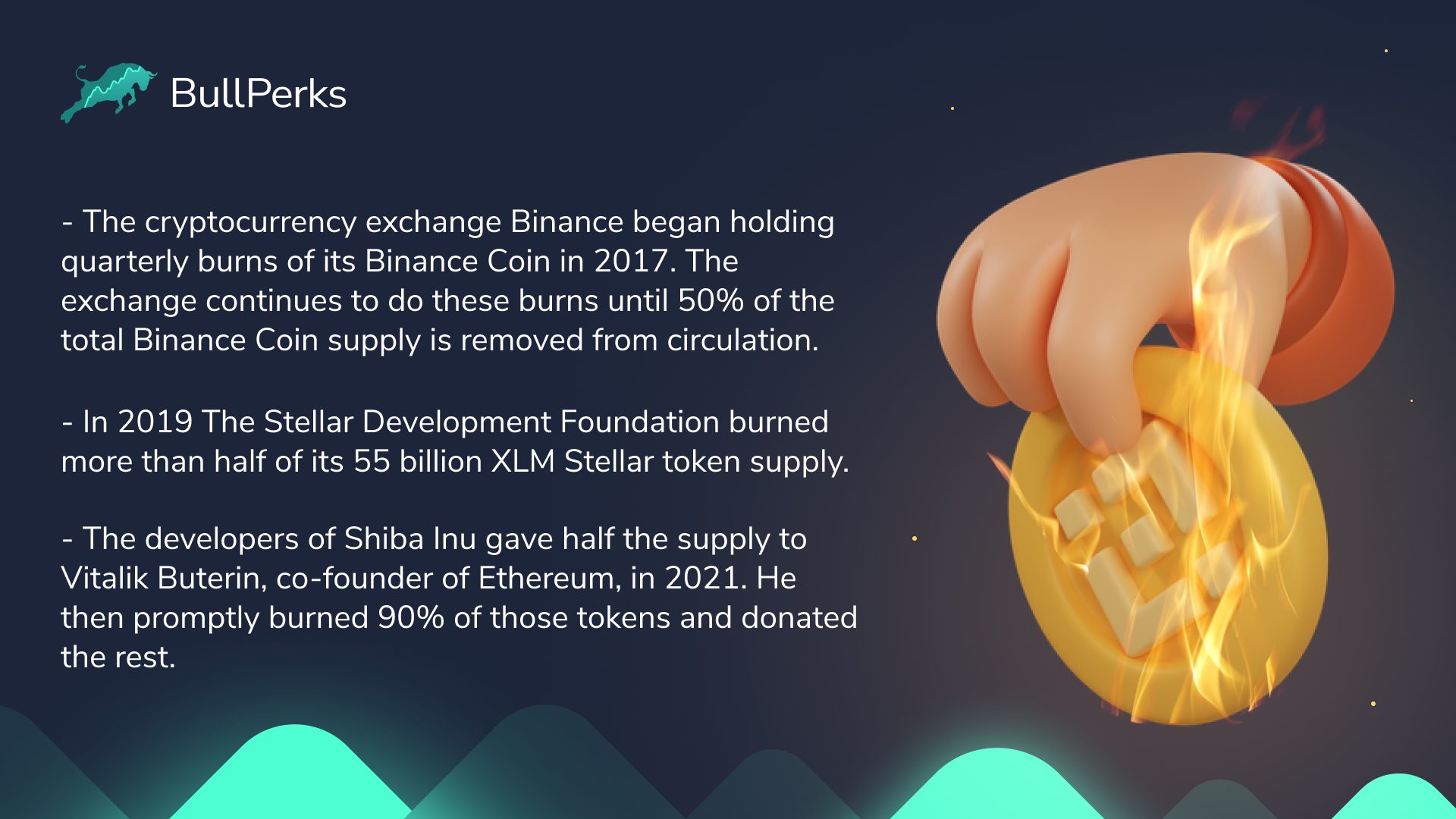 Is It Possible to Earn Money by Burning Tokens?

Yes, coin burning is one of the ways you can earn money in the cryptocurrency world. But to understand how, we must discuss what proof-of-work is and how token burning, otherwise known as proof-of-burn, is related to this concept.

What is proof of work in Block chain?

Proof-of-work is a consensus protocol many cryptocurrencies use to validate the transactions in their networks. For example, miners use this protocol to confirm transactions and add new blocks to the chain. The process is known as mining. Many separately-owned nodes make up a blockchain network and compete to ensure information is updated and accurate. Proof-of-work is essential because it allows trust in a trustless environment. In addition, miners receive a monetary reward.

Proof-of-burn (PoB) is often referred to as a proof-of-work system without energy waste. It follows the principle of “burning” the coins (sending them to an eater address) held by the miners that grant them mining rights. This process only consumes the resources and energy used to mine the coins before burning them and ensures that the network remains active and agile. With PoB, crypto miners burn their tokens to earn the right to mine new blocks of transactions. The more tokens they burn, the more they can mine. In return, users receive rewards in the form of the cryptocurrency that they’re mining.

How much does it cost to burn a token?

Cryptocurrency has been under scrutiny for its large carbon footprint, especially regarding the proof-of-work mining model; the two biggest offenders are the market leaders, Bitcoin and Ethereum. However, there are plenty of greener options and a more efficient proof-of-stake model to validate transactions.

The desire to move away from expensive mining models includes burning transaction fees, or gas fees, which are the payments individuals make to complete a proof of burn transaction on a blockchain. These fees compensate blockchain miners for the commuting power needed to verify transactions. While paying for gas when performing a token burn is implied in the transaction, the price of gas itself is highly volatile and dependent on many factors.

The two main factors related to gas fees include block time, the time required for a respective blockchain to generate new blocks, and transaction throughput, or how many transactions a single block can process. In general, the faster the blocks are generated and the more they hold, the less competition there is, resulting in a cheaper transaction fee for all users.

How do I burn my tokens?

Every cryptocurrency user is assigned a wallet address to send and receive coins. The wallet address is a routing number or email address and includes a private key. Any platform that allows sending and receiving crypto can access this address. However, when sending a cryptocurrency to be burned, the token is sent to a burner address that does not have a private key.

Once a token is sent to a burner address, the coin remains recorded on the blockchain ledger. Still, it is entirely inaccessible to anyone as with no private key, there is no way for the token to be removed from the wallet.

Crypto minting is the part of mining when new coins come into existence through proof-of-work. Minting is the process of validating information, creating a new block, and recording that information into the blockchain.

Minting functions to periodically create a certain amount of assets. The number of created tokens can vary, which is not related to burning tasks in any way. The newly minted assets are distributed to everyone who participated in the burning process. If the minted assets outnumber the burned ones, the total token supply will increase and decrease their price. On the other hand, if more investments are burned than minted, an increase in demand will occur, and following the same principle, the token’s price will go up.

Developers are most often who decide to do a token burn. This is because coin burning reduces the supply, making the tokens of that particular cryptocurrency more scarce. As is traditional with supply and demand models, scarcity often (but not always) leads to an increase in price and can benefit projects and investors.

While coin burning on its own is not a signifier for whether a cryptocurrency is a good investment, by knowing more about how coin burning works, you are better equipped to understand the cryptocurrencies that use it.

To learn more about the most promising crypto tokens and projects in circulation at the moment and the ways you can invest in their future, visit our main page at bullperks.com. 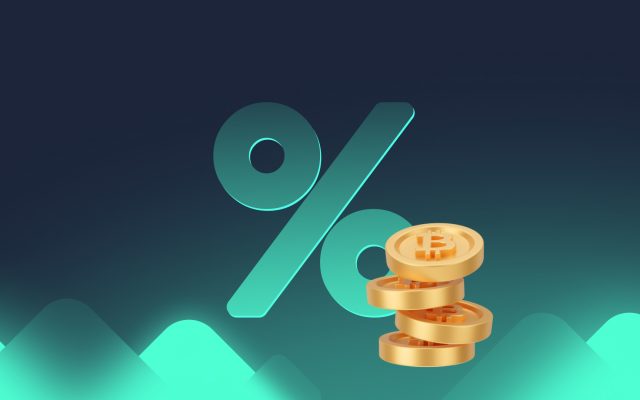 Guide
What Is APY In Crypto? 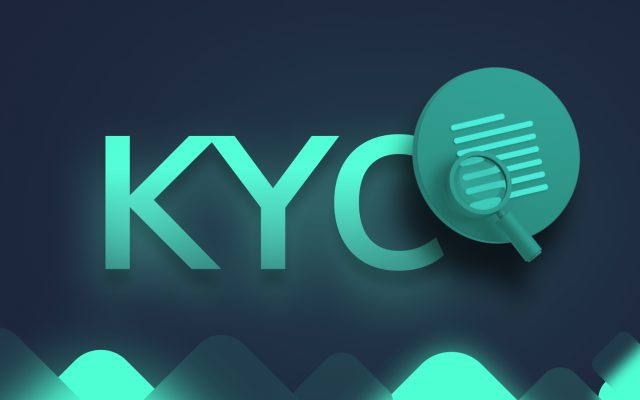 Guide
What Is KYC and How to Complete it on BullPerks? 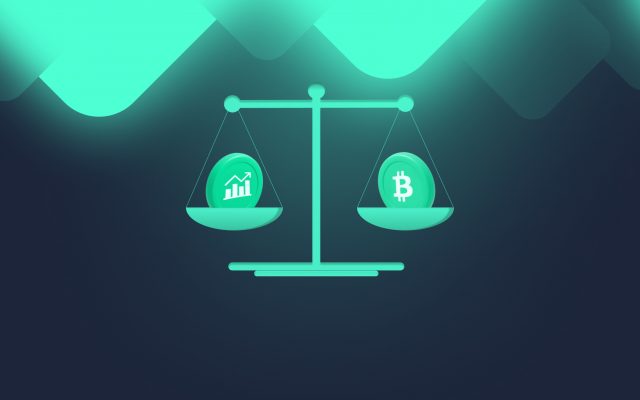 Guide
Crypto Vs. Stocks: What Is The Difference?